What IS a “Scent Cone”, really?

One of the greatest travesties I think in nose work is the term “scent cone”.  Why?  Because it’s not a “cone” at all!  It’s a PLUME!  As a result of this unfortunate visual, nosework handlers all over the world picture an ice cream cone or a traffic cone when trying to visualize odor.  This may be seen of no consequence, however it distinctly affects our understanding of odor movement and in the end, our capabilities as nosework handlers.  If we can understand scent as a PLUME, we will be in much better shape when trying to picture scent movement. 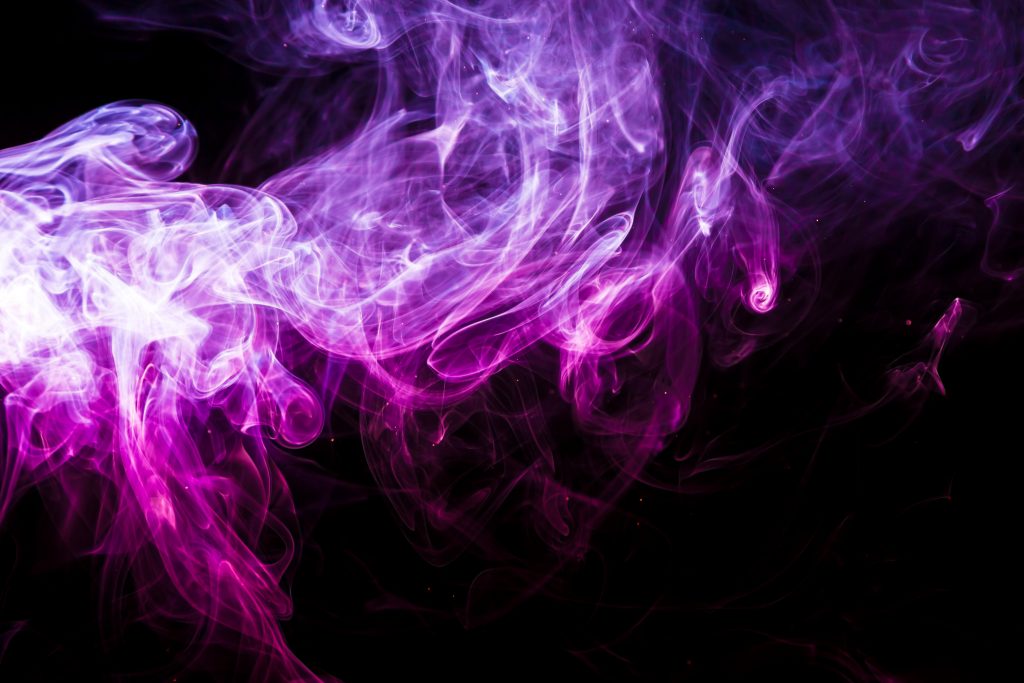 Smoke plumes mimic odor movement and are a closer representation

Why not an Ice Cream Cone?

This is your typical visualization of a scent cone: 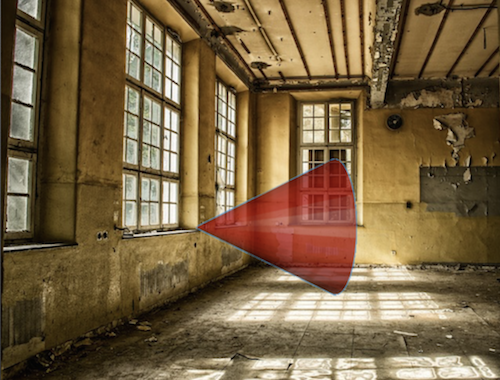 This is a common way to visualize a Scent Cone. Although directionally correct, it is simplistic and only somewhat accurate

The typical thought process in the sport of Nose work is to think of odor as “cones” of odor.  This is highly simplistic and only a little true.  It neglects the aspects of buoyancy, temperature differentials, gravity, air momentum and directionality.  All of these forces act on the odor, and the result is the shape of the actual “scent cone” and scent cone behavior.  If you can understand these forces you will be in a much better position to read your dog.

Scent cones actually come in innumerable shapes, and the size of the scent cone is determined by the wind speed and the length of time the source odor has been available (wind speed and aging).  Ultimately, the shape of the scent cone comes down to air flow and the density of the scent particles compared to air.  Scent particles are heavier than air but are still light enough to be easily carried on air currents, especially when we are targeting essential oils!  Essential oils are extremely volatile, meaning that the air particles escape easily into the air.

The REAL Scent Cone is a plume.  It’s wispy in nature and changes directions seemingly randomly at times.  Have you ever stood in the wind and realized that wind direction and speed shifts constantly?  Well so does a scent cone!  This is one reason why one dog may come into a room and quickly find a hide where the next dog may “miss” catching the scent cone.  To some extent the dog has to be in the right place at the right time.  This means that hunting for the scent cone is a critical skill of the detection dog.  Scent cones are NOT static and they DO move and shift.

The basic shape of the scent cone is dictated primarily by air movement.  Air movement is driven by the Ideal Gas Laws which describe the relationship between pressure, volume and temperature.  Essentially, you need to know two things.  First of all, air will move from an area of high pressure to an area of low pressure (picture squeezing a balloon).  Secondly, hot air rises and cool air sinks.  These are the two primary forces driving air movement, both indoors and out!

A dry ice plume gives us a decent (although still not entirely accurate) visual of a scent plume.  Keep in mind that the dry ice vapor will be colder than the air temperature, and the plume will therefore fall in relation to the air.  However, it helps us to understand the volatile wispy nature of the scent cone.

What about Buoyancy and Temperature? 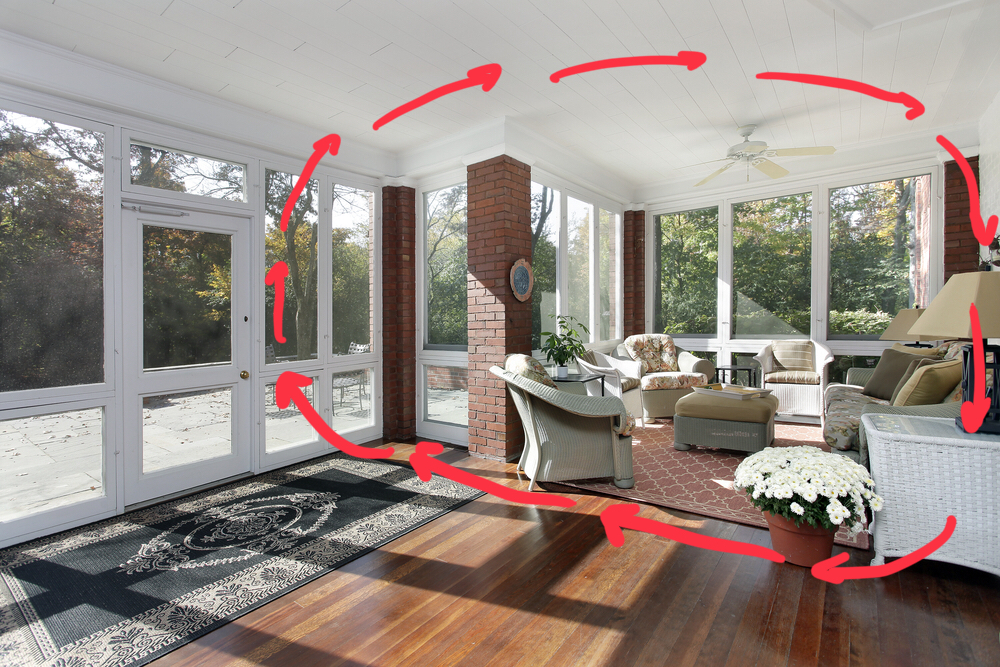 An example of a Convection Current. A Scent cone from a hide on the window would lift and fall on the other side of the room.

Buoyancy is affected by temperature and density to a great degree.  Because target odor is at the same temperature as the surrounding environment, temperature is taken out of the equation.  Therefore, lift (or fall) of odor depends on density and something called reduced gravity.  Essentially odor is heavier than air, therefore it will fall at a slow rate.  When you combine this with air flow, you determine the scent cone shape.

For example, with a high hide, the tendency of the shape of the scent cone will be to fall gradually.  This affects how we search for high hides and explains why the dog may need to be farther away from source in order to solve the puzzle rather than close in.

When a scent cone develops from an elevated hide, the scent drops slowly at an angle to the ground.

Overall, learning the true shape of a scent cone will make a handler more powerful by providing a new perspective on visualizing scent movement.