I profess…  I’m an evangelist for the sport.  I espouse Nosework any time I get the chance.  I talk about the benefits and the sheer excitement of the search.  There are some that I feel that I don’t reach.  Perhaps I never will…  the retort is that Nosework is an “Instinct Sport”.  Well, is it? 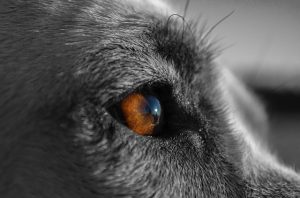 I suppose to some extent hunting IS innate to all dogs…  finding the bunny… seeking out a scent and following it to source IS instinctual…  but is our sport an “Instinct Sport”?

So let’s test this against the sport of Nosework…  First of all, the dog is not born seeking out the scent of Birch.  That must be trained.  The dog associates finding Birch (and Anise and Clove) with reward.  Does the dog use it’s inherent skills to do so?  Absolutely!  Especially at the lower levels….  Once the dog achieves NW1, specialized training is necessary to build on the dog’s base capabilities to elevate the skill level.  Once the dog reaches the Elite level, an intense amount of training is necessary to translate puzzles into finds.  So in this case, the sport of Nosework fails the first test of what would constitute an “Instinct Sport”.

Now let’s talk about the Handler…  in Nosework, it’s very true that the sport is heavily weighted towards the dog.  In our sport the dog is the Star of the Show.  You can’t enter this sport with an ego because you are FORCED to take a backseat to the dog.  If you don’t, you won’t get very far!  I like to think about Nosework as 70% dog/ 30% handler.  In the very early stages we take the handler out of the equation almost entirely.  Why?  Because we are TEACHING our dogs to be independent.  Once the dog learns to be independent, we can re-enter the equation and become a handler. In our job as handler, we are clean up batter and interpreter.  Has our dog found a hide?  Has our dog cleared an area?   In the upper levels of the sport the handler is CRITICAL.  So in this case the sport fails the second test of what would constitute an “Instinct Sport”.

What about the inner drives?  Our dogs tap into Hunt Drive to search.  That much is very true.  Dogs have in fact learned to so value the hunt that the actual find can be under-rated.  It’s not prey drive.  It’s not toy drive.  It’s hunt drive.  So I suppose yes, in this case the sport passes the third test of what would constitute an “Instinct Sport”.

But mostly, classifying this sport as an “Instinct Sport” insults the intense training put into these dogs.  Nosework training mirrors drug detection training…  would we call what drug dogs do as “an instinct”?  Unlikely.  In Nosework, we see dogs blossom and become more than what they were.  Let’s take pride in that…  we as trainers contributed to that.  Our dogs may have been born with a Harvard education in olfaction but through careful training and development with scent puzzles and other scenarios we turn our dog’s into Nobel Prize Winners…  our dogs are born with a certain olfactory capability…  we mold that that and enhance that ability.

I suggest that there is northing so beautiful as a dog searching for scent…  doing something that we can’t even fathom and doing it with sheer JOY!

I also suggest that this sport is no more “instinctual” than running and jumping…  be proud of your training and your handling….  you are among a select group of dog sport enthusiasts who can check your ego at the door and let your dog be The Star.  There is no room for ego in our sport.  The feeling of conquering a search with an unknown number of hides carries a high like no other.

Rejoice In Your Dog.