This weekend I decided to try something new!  A UKC Club near me was hosting their first UKC Nosework trial.  Since I haven’t tried UKC Nosework, I decided to go ahead and enter and see what it was like.  Versatile K9 Sports Club hosted a 2 day UKC Novice Only Nosework trial in Andover NJ.  Containers was offered three times, Exteriors twice and Interiors once.  I entered Judd in everything but one of the Container trials (I entered Why in the third one) as you only need two legs to title.  Even though Judd is an experienced dog, we had to enter Novice (B Class).  As it turns out there were plenty of there NW3 dogs in the same boat.  Why was also in the B Class even though he has no Nosework titles because I teach Nosework professionally.  Because both of my boys had all of their ORT’s we were exempt from the Pre-Trial requirements.  Pre-Trial is essentially an ORT but it’s run day of show.  With UKC, you have to specify your dog’s alert on the entry form.  I put Judd’s as “Nose Orients To Source” and that seemed to be acceptable.

The trial was run in a similar fashion to NACSW.  There were red bandana dogs and the dogs were requested to stay in the cars unless pottying or waiting to run.  It was smaller than a NACSW trial so there really wasn’t a need for extensive staging areas.  The volunteers did a SUPER job and ran a fast and seamless trial. 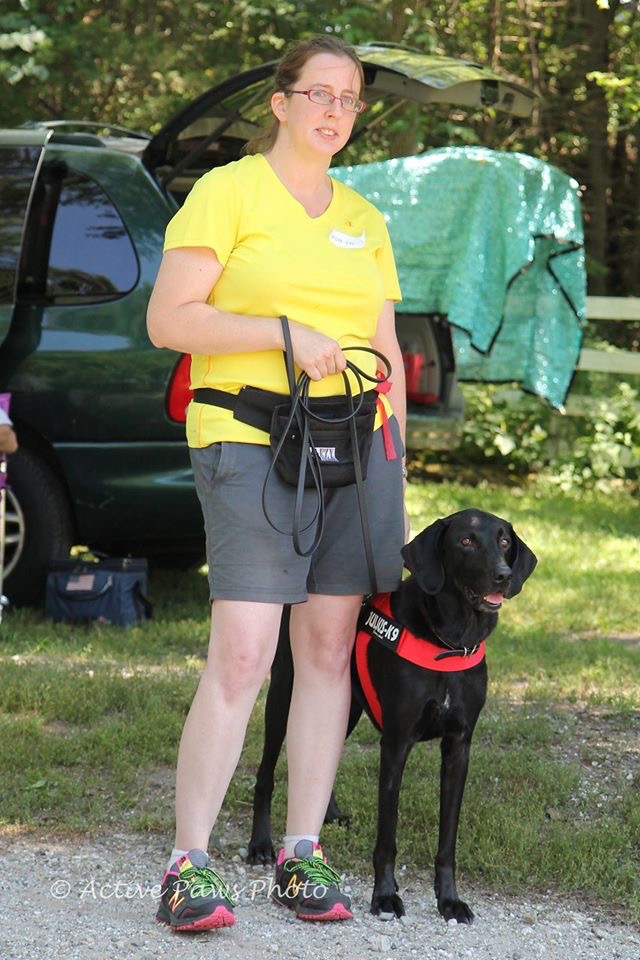 Containers was first…  Unlike NACSW where there can be up to 20 containers in any configuration in NW1, in UKC Novice Containers, there are 12 boxes in a single line.  Sounds simple, doesn’t it?  The trick of it is that the boxes are spaced only about two feet apart so the odds of fringing are exponentially higher!  Judd motored down the line in Judd fashion and earned his first Container leg.

The second trial (PM trial) consisted of Containers and Exteriors.  Judd had no issues with either and Finished his Novice Containers (NC) title and earned his first leg in Exteriors.  The Exterior area was small, smaller than NACSW, and hides could only be 2 feet off the ground as opposed to 4 feet.  Our times were fast and Judd stayed in the ribbons.

The next day Containers ran again in the morning and Why took a turn.  Why is VERY green and not yet NW1 ready.  This was a super opportunity to give him trial experience without the pressure of a NACSW trial.  I’m thrilled to have had this opportunity for him.  Although he has all three of his ORT’s and searches very well at home, he’s still new to searching novel locations and needs more generalization before he’s “trial ready”.  Having a green dog again when you are used to a strong NW3 dog can be a little humbling!  However he took his turn and earned a leg in Containers!  I’m VERY, VERY proud of him.  UKC Novice is a bit easier than NW1 in general so if you have a pre-NW1 dog, it’s an excellent opportunity to get trial experience! 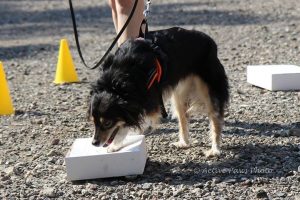 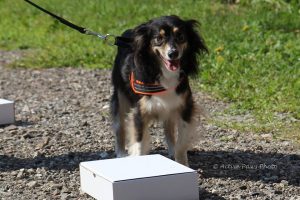 The afternoon consisted of Interiors and Exteriors.  Both search areas were small and again, hides could not be above 2 feet and had to be accessible hides.  One of my students edged Judd out of 4th place by 0.4 seconds in Interiors…  a fact, as an instructor, that I’m very proud of.

In Exteriors, I brought Judd to the line.  It was very hot and humid and he was panting a little.  But at the start line I saw his nose twitch and I knew he was in odor.  Getting your dog in odor on the start line is one thing that I’m always encouraging my students to do.  I released him into the search area.  He had sourced the hide from the start line and I called Alert when he nosed a small pile of rocks.  Our time for that search was 4.06 seconds, earning Judd High In Trial for the afternoon trial!  He also earned his Novice Exteriors (NE) title. 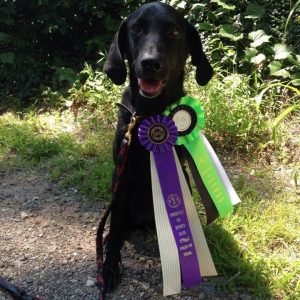 Overall, the CO was very knowledgeable and she gave excellent pointers to the competitors as each class was pinned.  As I always do during a debrief, I made mental notes of the judge’s comments in order to incorporate the nuggets into my own instruction.

The trial was valuable….  for the experienced dog, Novice Level provided easy, confidence building hides.  For the inexperienced dog, it provided attainable challenges in trial environment.  At the same time, competition was fierce for placings in the B Class giving the experienced competitors a challenge and a competition rush.  There is something to be said for going for speed in a more relaxed trial environment.  I expect the higher levels to be quite challenging! 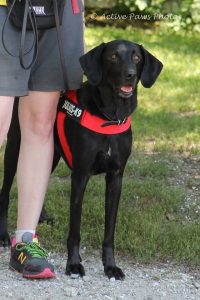 I’m looking forward to more UKC Nosework trialing and moving my boys up the levels!  This was a super experience at a super trial.  We had a blast and will be looking for more!