All Nosework trials are stressful.  At NW1 and NW2, at every element you wait to see if you are still passing.  You either hear a “no” or you are elated for a pass.  At each element, the tension builds because you might have a title on the line.  At NW3, that ultimate stress is felt throughout the entire competition all the way until the CO posts the list of hides on the wall before the Awards Ceremony.

The trouble is, it’s very easy for all of that stress to travel down the leash.  Our canine partners already have a lot to cope with due to the staging process, lack of acclimation opportunities and the stamina required to do search after search.  Adding our stress onto theirs will only have negative consequences.  Occasionally, we might be lucky enough to have a dog whose drive for Nosework surpasses the impact of our stress, however these dogs are few and far between.  In that case, the dog’s confidence for the search can alleviate our own stress. 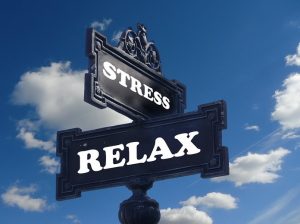 This is CRITICAL.  Not many of us are lucky enough to be able to trial within easy driving distance.  If we are lucky the trial is 2 or 3 hours away.  The trouble is, trying to make a 2 to 3 hour trip the morning of a trial is stressful.  It means getting up VERY early and watching the clock in the car as you drive in.  All of that stress is taxing.  Stress itself is cumulative.  In dogs we call this “Stressor Stacking”.  Well, unfortunately we have the same problem.  One key to minimizing handler stress at a trial is to reduce your stack of stressors as much as possible.  IF you are lucky enough to have a dog that travels well, getting a hotel room close to the trial site can be a way to reduce one of these stressors.  It can mean an extra hour of sleep and an easy drive in to the trial site.  If you’re not lucky enough to have an easy traveler, go to bed early avoiding alcohol and caffeine and give yourself plenty of time to get to the trial site.  Personally I’d rather pull over on the side of the road to kill 15 minutes than to worry that I won’t make it in time for check in. 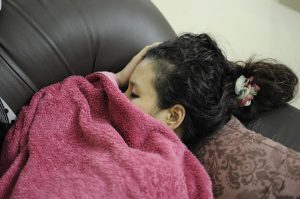 This is a doozy and we are all guilty of it at some point or another.  If you picture the judge saying “No”, unfortunately it’s likely to become a self fulfilling prophecy.  Because my dog breezed through NW1 and NW2 first try, I actually entered my first NW3 trial without hearing the dreaded “No”.  I had so much additional pressure because I wanted so much to title NW3 first try (even though that is very rare).  Well Judd bless his heart found all of the hides that day.  However, going into Interiors, I had this picture in my head of the judge telling me “No”.  I tried to fight back at it but I had this gut feeling that I would fail Interiors.  Our first search area was a small cluttered office.  Judd quickly found the Source under the lip of a garbage can.  I encouraged him to continue searching.  I should have listened to him as he was telling me that he was done however I had negative self talk in my head.  He became interested in a novel odor quite close to the original hide.  Had I stepped back and gave thought to it, I would have recognized it as a location that was probably too close to the real hide.  I called Alert and the self fulfilling prophecy came true.  I heard “No”.  He was amazing the rest of the day (the pressure was also off of me at point) and I could be proud that he actually DID find every hide and earned Second in Containers that day.  I also took away a powerful lesson in the need to visualize success.  A few weeks later he earned his NW3 with High in Trial.  Does visualizing success and eliminating negative self talk assure a title?  No of course not….  But it sure does go a long way to helping. 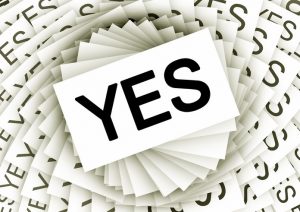 So how do we visualize success?  Believe it or not, there is an element of faking it.  Tell yourself that you have been successful in each of your searches and picture yourself saying, “No No’s!”  (“No No’s” is the only thing you are allowed to tell your fellow competitors during a NW3 trial when they ask how you did…  it keeps the playing field fair, and honestly, unless you find three hides you really don’t know if you’re passing at that point!)  Fake it….  Your brain will actually start believing it and that is a huge key to keeping confident in a trial.

Visualize finding all of the hides….  visualize success and the word, “Yes”!  Replace the negative thoughts and nervous fear with KNOWING that you will find the hides.  You’ve trained hard and prepared…  now is the time to trust your dog and let him do what you are there to do. 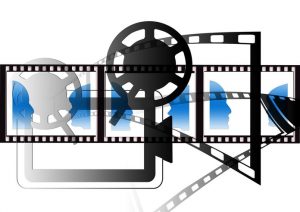 Negative Talk Around You:

Oh boy.  This is a big one.  Actually it’s so impactful that when I took my green dog to an ORT recently, the CO made a point of telling people to be careful of this.  She told a story where in one trial where she was a CO, the Container search eliminated most of the competitors.  She heard later that people were saying “Oh wow that was hard.” And telling people that they didn’t pass (I believe it was a NW2).  She said that she fully believes that people were going into the Container Search after hearing talk like this, fully believing that they would have a hard time.  In the end she said that she felt that the pass rate would have been much higher if people did not express their feelings about their search.

In NW3, you will have competitors going for their first, second or Elite titles all competing together.  There WILL be war stories.  There WILL be people saying that they didn’t feel confident in the such and such element.  All of this is poison to the confidence.  Confidence in a search is EVERYTHING.  When you are feeling confident you stop second guessing your dog and you start listening to them more closely.  You’ve trained HARD.  Trust in that.

The best thing you can do when you start hearing comments like these is to walk away and extract yourself.  You will be less stressed and more successful if you do.  If you’re worried that you will be perceived as rude, you can always use the excuse that you need to check on your dog.

Above all else, remember that you are at the trial to have fun and learn….